Porcupine is a specialty Cedar producer located in Salmo, British Columbia. Prior to upgrading, their legacy transverse edger was limited to 3” density scanning and PLC5 controls. Running at an average feed rate of 28 pieces per minute, the edger became a bottleneck for the mill.

Initially, Raptor supplied an upgrade consisting of 3D high definition (vision ready) geometric scanning and replaced the PLC5 with ControlLogix. The obsolescence risk was solved, recovery improved, and the average feed rate was increased to 35 pieces per minute. The upgrade was a success.

Following the FlitchScanner upgrade, the mill realized that having the ability to detect rot and loose knots would be of value and increase recovery at the edger. So, less than a year later the mill opted to upgrade to full vision with the FlitchScanner-Q. The sensors were already equipped with a vision upgrade path, making the hardware changes trivial. The previously installed scanners were upgraded with new firmware to enable tracheid functionality. New colour cameras and LED lights were bolted in place. Upgraded PCs and vision capable software were installed to complete the process. The upgrade to vision was all completed over one weekend.

The screenshots below show the difference between a geometric-only and full vision solution for a flitch with shake. The ability of the vision sensors to detect the shake enables the optimization software to find a more valuable solution for the flitch. 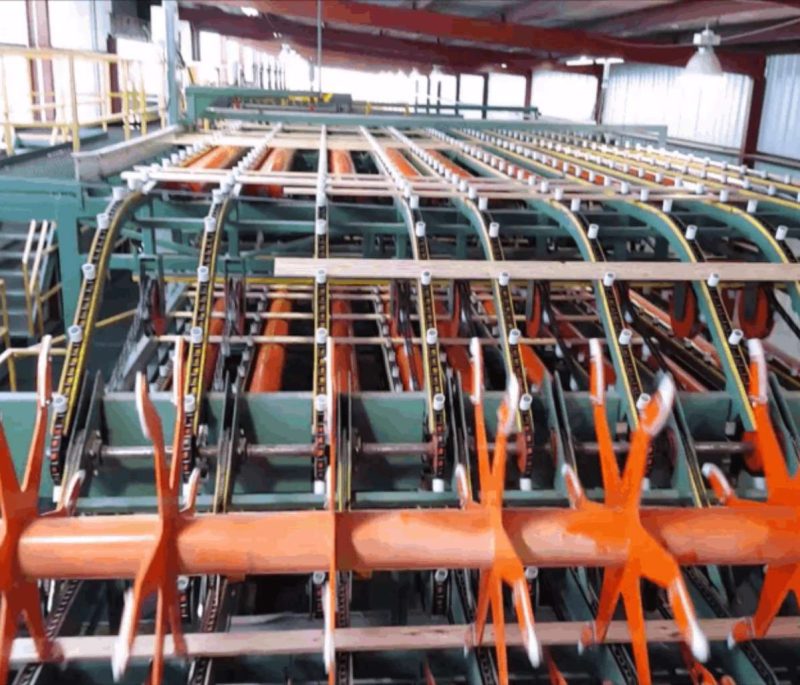 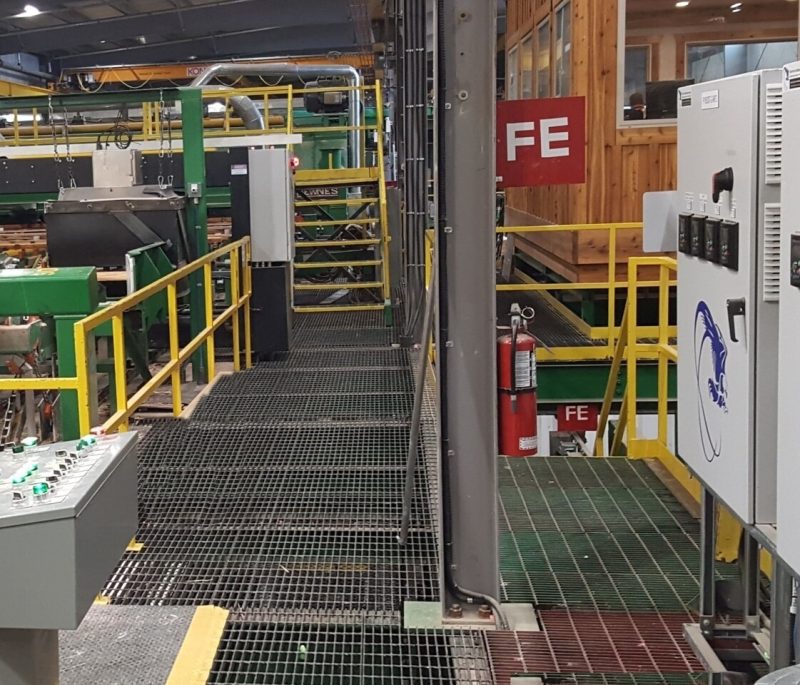 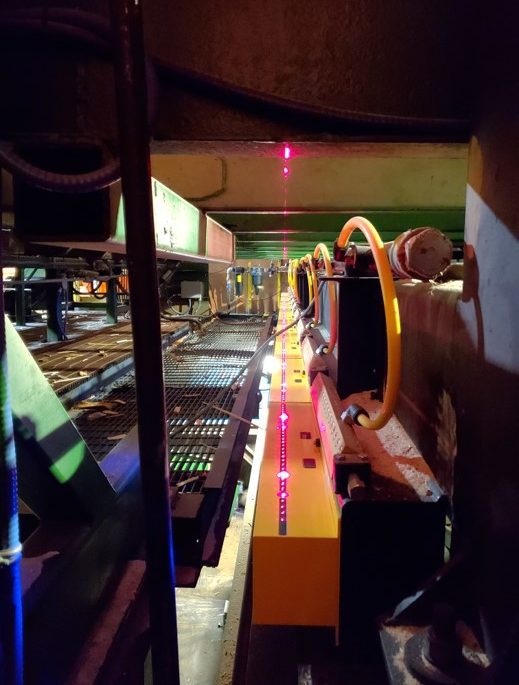 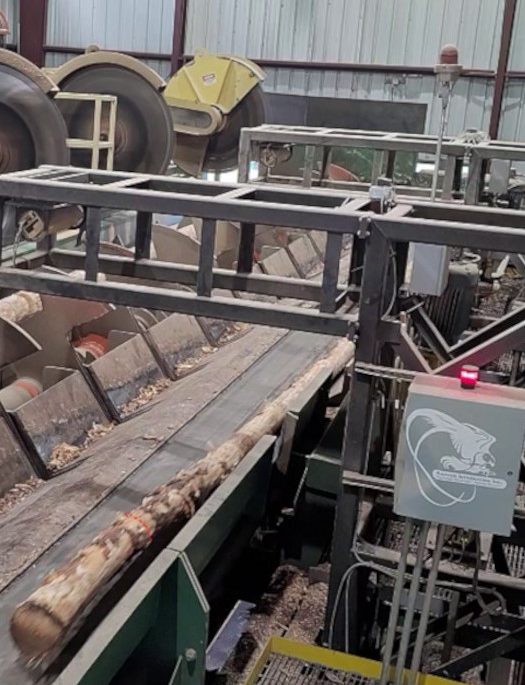 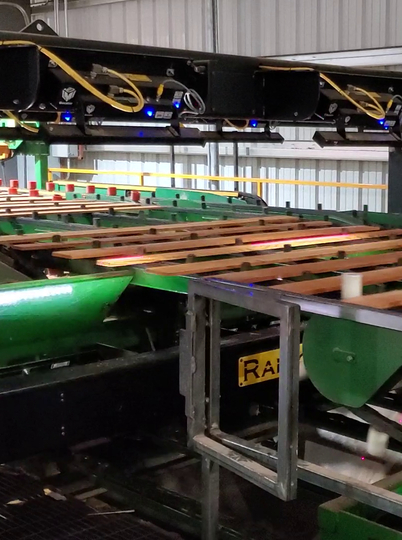 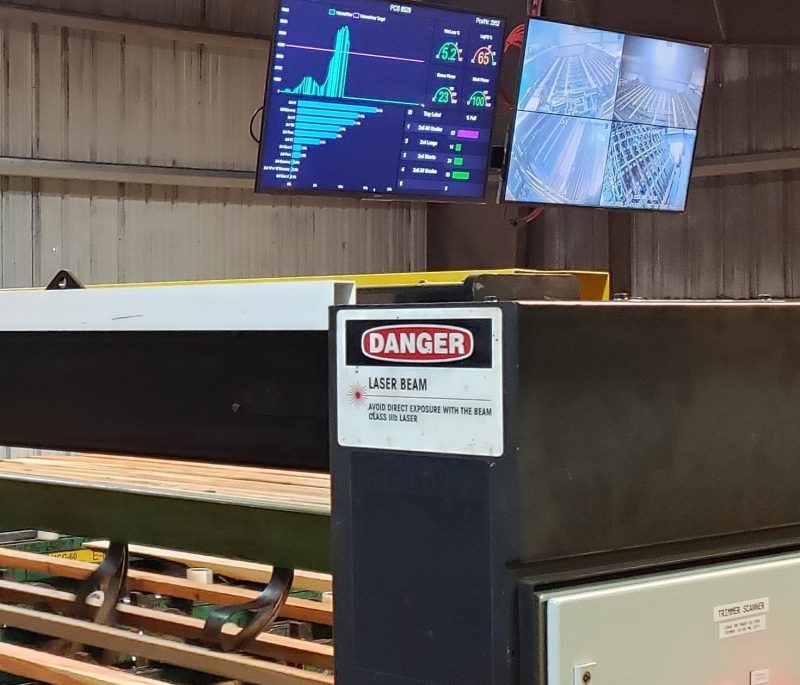 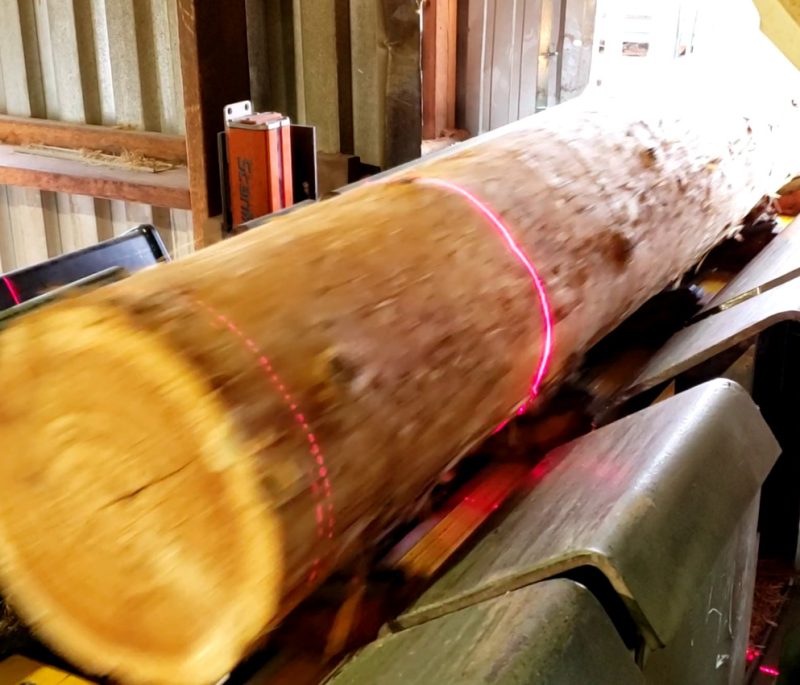